These ads were all ripped from a couple of my brother's old comic books I had lying around. G.I. Joe and a few others. Well, with that out of the way, here you go. Oh, by the way, these pages are very large, so be prepared to wait a while for it to load all the way. Also, some are hard to read, so I typed them up for you. Lots of them are even hard to read in the actual book! 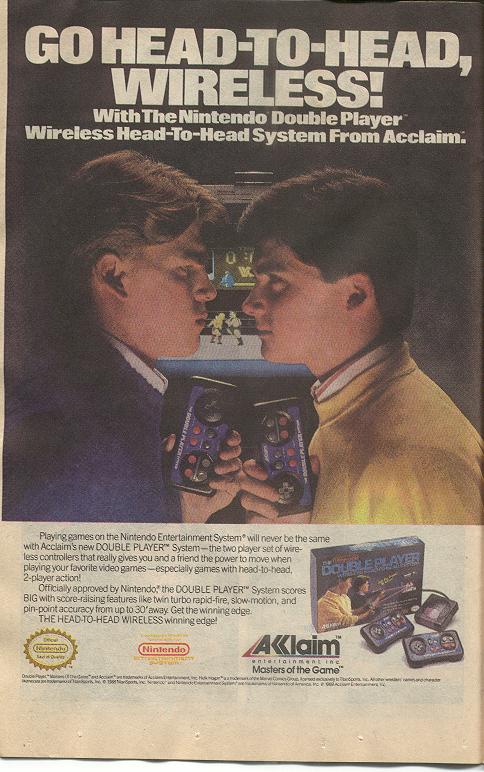 Playing games on the Nintendo Entertainment Systemô will never be the same with Acclaim's new DOUBLE PLAYERô Systemóthe two player set of wireless controllers that really gives you and a friend the power to move when playing your favorite video games ó especially games with head-to-head, 2-player action!

Officially approved by NintendoÆ, the DOUBLE PLAYERô System scores BIG with score-raising features like twin turbo rapid-fire, slow-motion, and pin-point accuracy from up to 30' away. Get the winning edge. THE HEAD-TO-HEAD WIRELESS winning edge!